Forager is being published by Humble Bundle and it will have a LOT more content!

Really big news this time! Forager is being published by Humble Bundle, the amazing company that has raised ridiculous amounts of money for charity and brings us all awesome video games at very affordable prices.

Besides that official announcement, I wanted to write about the upcoming features and changes that the game is going to have in the following months. If you don't want to read all of this, we have made a short 5 minute YouTube video talking about these things!

So the main things are the following:

We will post more detailed video updates and blog posts on each of the these features once we have them 100% implemented in the game. For now, this is just evil teasing.

Alright so, with that said, let's get started!

Forager was always procedurally generated. This was a decision I originally made due to technical constraints. For the game jam, I just didn't have enough time to design a map by hand, and then for the itch.io demo version, I didn't have the resources (again, time and money) to commission enough art to make the game visually interesting.

However free exploration was always one of my main design pillars. I wanted a feeling of finding secrets and solving puzzles as you explored a big, vast land filled with resources and creatures.

Procedural map generation is not the best approach to the whole "go on an adventure and find cool secrets!" idea. Mainly because the way it was implemented in the demo, you would just buy lands around your small island and slowly expand outwards. And yet, you had no meaningful input on what exactly spawned. Players weren't really "exploring" as much as they were rolling the dice and checking out their rewards.

With the support of Humble Bundle, I can proudly say I am finally delivering on that "adventure & secrets" idea. With the constraints and limitations lifted, I have been working on a big, open world experience in which players will get to explore different areas with distinct biomes/creatures/resources. 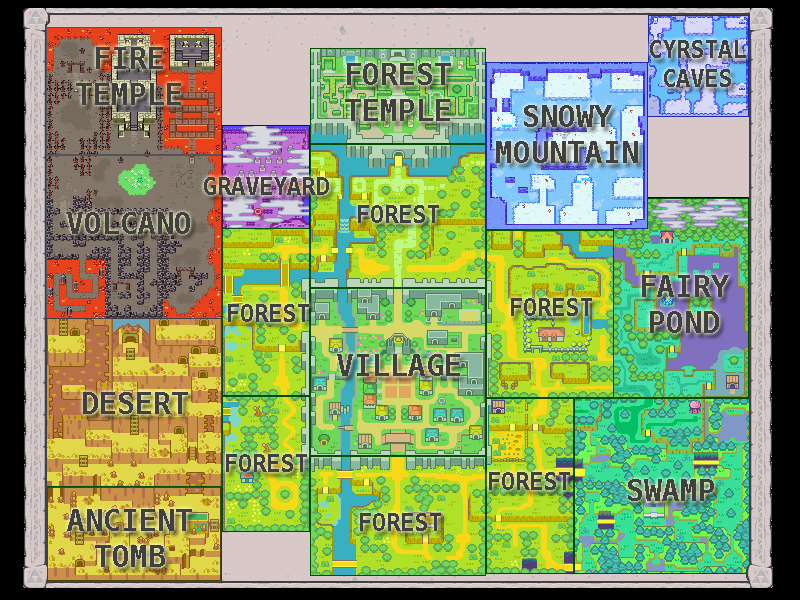 It's much more fun to discover secrets and collectibles when you are expected to do "something" to get to them. They are not just there, appearing in front of you. You need to work to find them. Maybe solve a puzzle, maybe go where you are "not supposed to go", maybe defeat a big bad creature, or anything really. Just the fact that you can have an impact and you get to make a meaningful choice makes the experience of exploring much more exciting.

Besides the inclusion of new areas & biomes, we also have a working day/night cycle which means an added mechanic on top of the resource collect-a-ton. Forager is a game about exploring, gathering resources and using them to build your base & craft interesting items and equipment. There SHOULD be different things to find (challenges & resources) in different places. 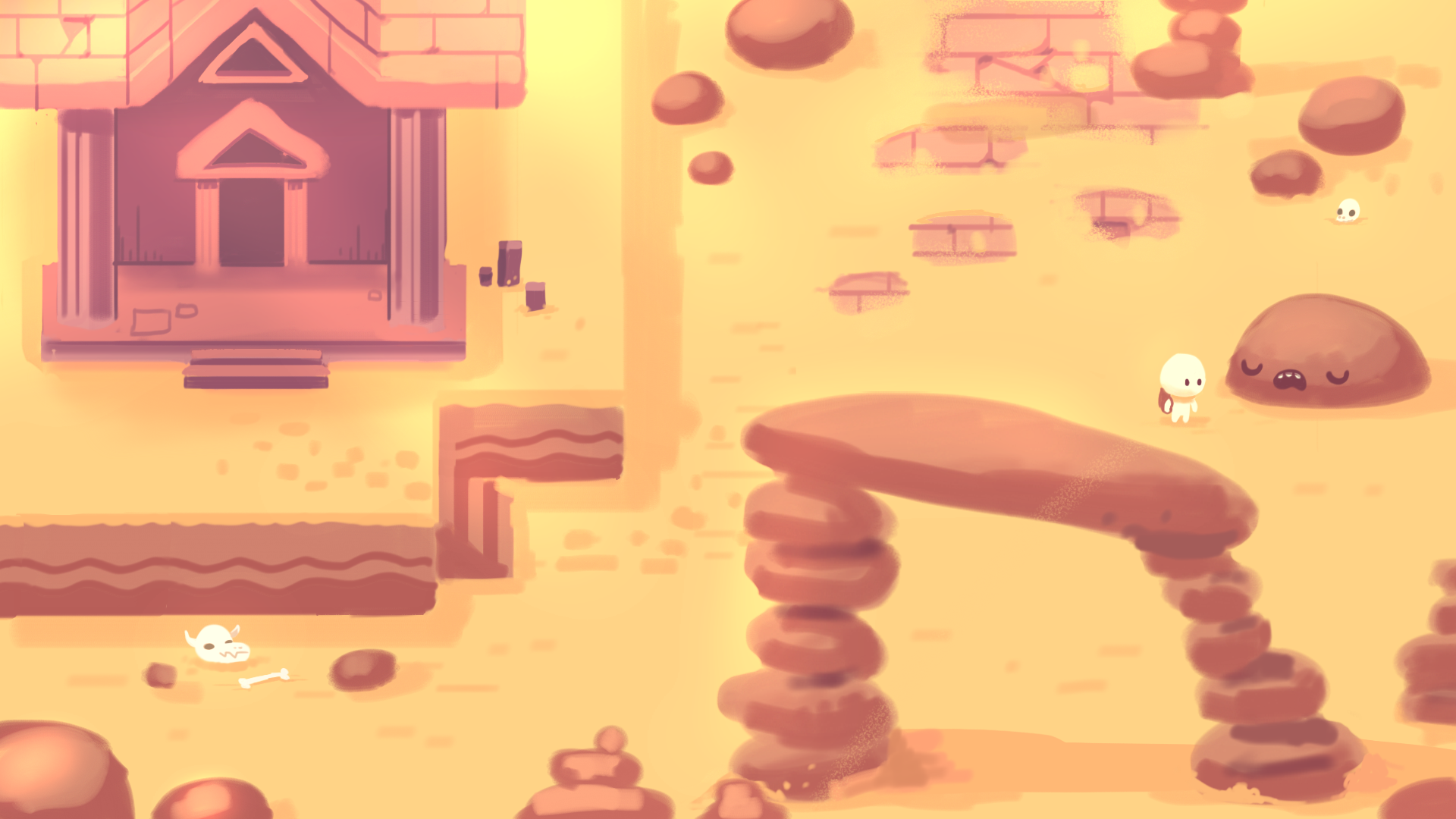 Another thing on secrets and puzzles: They currently suck. On the Forager demo I mean. They are spread too far apart or they are just too confusing/obscure. I am streamlining the puzzle-solving to make it more consistent and more fun in the new version. This doesn't mean that puzzles will be "easier", but only that they will be more accessible and well... make more sense. 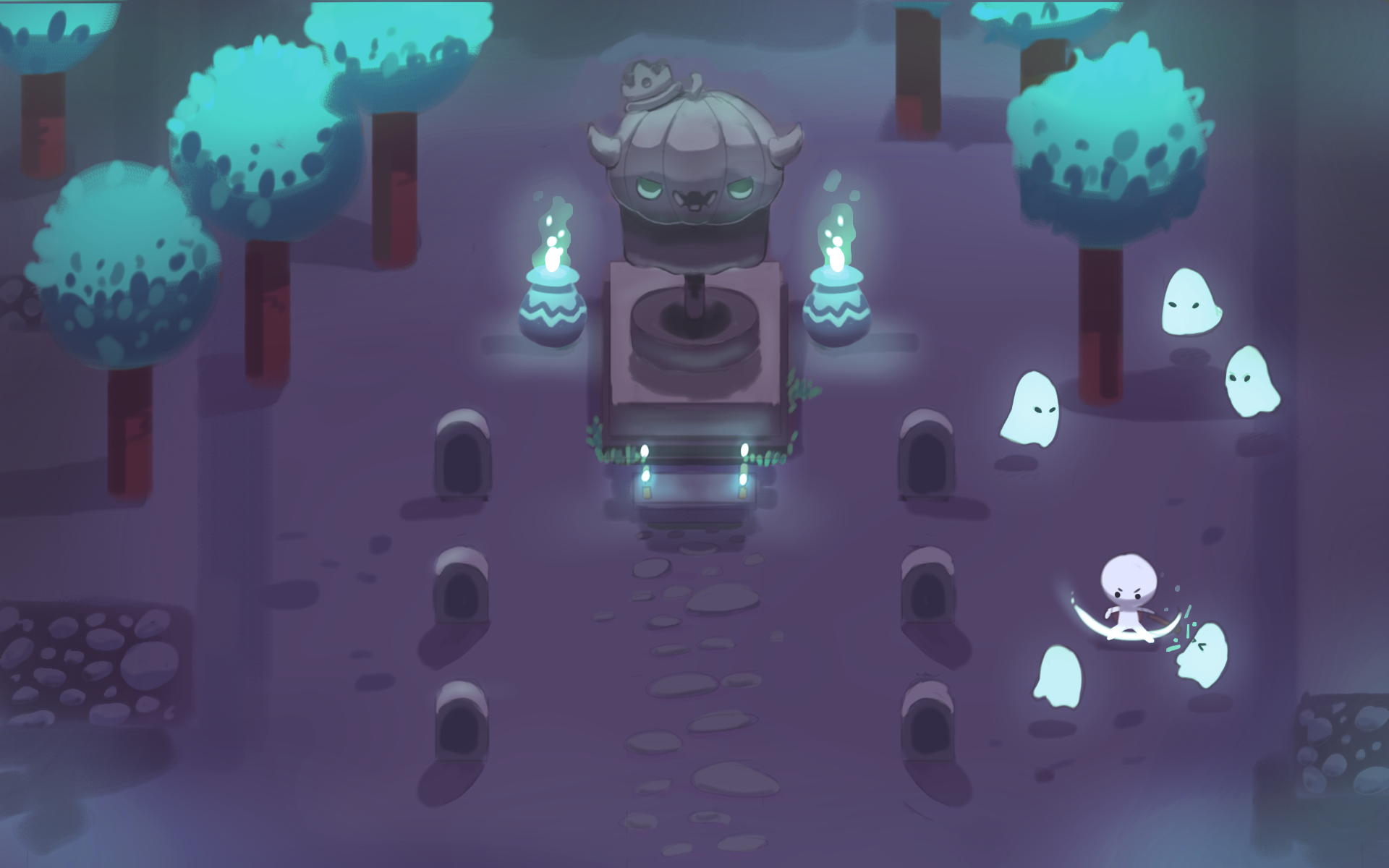 Not a lot to talk about this yet, unfortunately. It's going to be there, combat is going to be there. We have some general ideas of how things are going to work, but we will touch base on details on a future devlog update.

Here are some concepts/ideas we have:

Ah yes, one of the most requested features so far!

NPCs in Forager will be found when exploring, some will be very approachable, some may be rather hidden. A concept we had very early and that I really liked was to get to establish a little depth in the relationships with them. Meaning each individual player should be able to decide who to make friends/enemies with, who to do quests for, who to kill for no reason at all, etc.

I am working on a "Friendship System" that will allow players to gain a sort of reputation with each character they meet. Of course helping them with quests and giving them gifts is going to score you points with almost all characters (we have a fella that HATES gift giving), but the interesting thing comes from the fact that each NPC will have it's own set of "rewards" or triggered "events":

The goal is to give characters some personality without having to use walls of text.

Also, I am reworking the animal AI to make them behave more naturally. On the final version of the game, we will have more animals than in the demo (cows, pigs, chickens, etc). Maybe some rare/weird ones as well!

I will write more on those systems once they are fully implemented ingame, you can also expect an accompanying devlog video with it!

Inventory management is a tricky thing to design. It's inherently unfun by nature. You are placing arbitrary limits on player abilities or experiences, so there MUST be a good justification to WHY things are they way they are.

The jam version of Forager had a really crappy inventory system. You had a set number of slots that could hold any number of each type of item, and to get more slots you had to craft and drink Strength Potions or open enough treasure chests to find upgrades.

The demo version of Forager on itch.io did it a little bit better, by removing most of the limitations on slots and how/when you get them. The inventory would just expand if you needed more slots, for free, instantly! This would work until you had so many different items that the width of the inventory was larger than the screen size (about 21 different items I think).

Originally there weren't many different resources to collect in the game. This has changed somewhat with the demo version and even more again for the final version, so things needed to get easier on the inventory management side of things for sure.

Most items don't need to be "selected" in the way the old inventory system allowed you to do. Why do you want to hold a piece of wood/rock? Sure you can try to hit people with it but... WHY THO. YOU HAVE A PICKAXE/SWORD!

Since most items only have one or two uses (consume, place, equip, discard), a proper grid type of system just made more sense to me. Not only I can display more items on the screen at once, I can now also allow players to just do whatever they want with the items quickly. 10000 times better UX wise for sure.

Besides the "Items" tab, we also have "Gear" (where you can see equipment, collectibes, and secrets found a la Zelda), "Quests" & "Options" (this time with actually working options...)

This will just be a list. Just general improvements and bugfixes. And probably some features that should have been in the demo already:

That's pretty much everything I can talk about for now!

I am very excited to tell you everything about the details of these updates, so we will continue with the open and transparent development from now on!

hi i need some help or solution....

i playing CBT 4.2 version and i suddenly can`t own more lands anymore!

in GEAR window i own lands 12/49 and i just can`t buy more lands... in BUY LANDS window, it shows boundery only and doesn`t show cost or... showing nothing but white shrinking-and-expanding boundery! please help me! 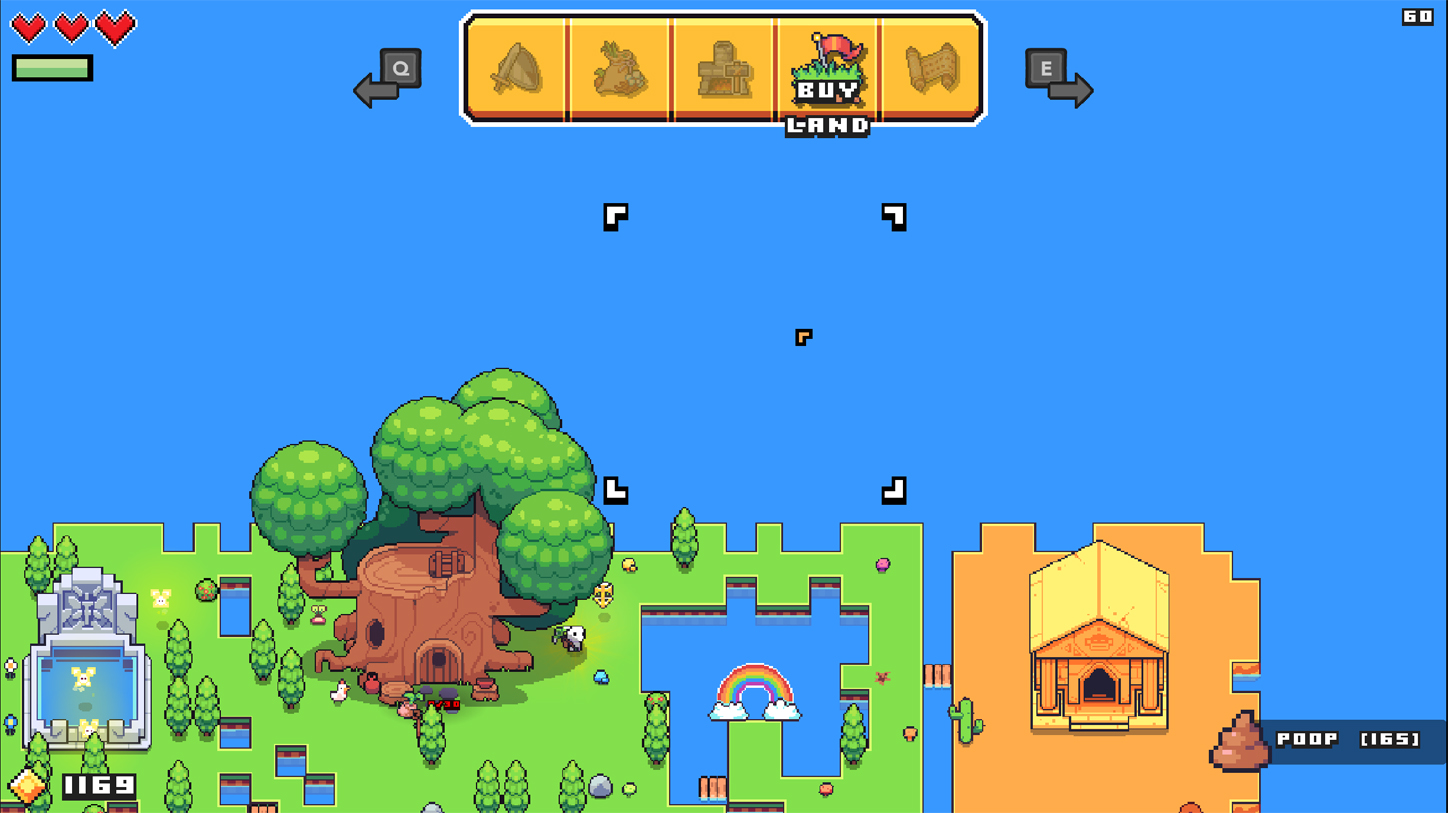 Do you all know what the price tag for the game will be on release?

Also, will there be regular updates to the game after the final release?

Are there any more demos that we get to test for bugs before the final release?

Probably. I think I need you guys to play at least one more version of Forager before release!

Is there a Chest in the game?

It's nice! I don't mind paying for a good content! Make it better and good! I'm checking up every day!

I agree with daddyoohh. At least making sure that we have an unstable/stable alpha version.

Will there be a version 6 that fixes the inventory bug, or will there not be?